You are now leaving Jeffrey P. Reisner, Esq. and will be redirected to the Upstate Financial Network. 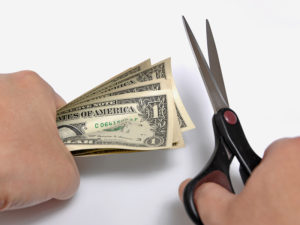 Some great cases on when transfers of assets will create a Medicaid penalty period in Central and Western New York came down in the final quarter of 2016.  The regions’ two Appellate Courts reached seemingly inconsistent conclusions on when a Medicaid Penalty is appropriately imposed.

The Third Department weighed in first, on November 23, 2016, in the case of Collins v. Zucker, holding that even where assets were transferred once a skilled nursing facility institutionalization was foreseeable, the imposition of a penalty was NOT APPROPRIATE.

Then, on December 23, 2016, the Fourth Department weighed in with what initially appears to be an inconsistent opinion in Burke v. Zucker.  In Burke, the Fourth Department found that where entry into a skilled nursing facility (and the expense that accompanies it) cannot be said to be unanticipated, the imposition of a penalty APPROPRIATE.

So is there a fight between the departments on the issue?

As is always the case in the world of Elder Law, Asset Protection and Estate Planning, especially with regard to Medicaid qualification and penalties, the devil is in the details, and you’ve got to read beyond the holdings in these cases to see how they aren’t actually inconsistent at all.

The key turning point for both of these cases was the ability, or inability, of the representative of the Medicaid Applicant to prove that the asset transfers in question were made “Exclusively for a purpose other than to qualify . . .”  Put another way, in Burke, the applicant’s family couldn’t prove that the assets were transferred for a reason totally different than qualifying for Medicaid.  Whereas, in Collins, they proved just that.

The most interesting point in all of this is the fact that In Collins, the applicant was in worse health at the time of the transfers and the potential need for care was arguably MORE foreseeable than in Burke.  Further still, in Burke, where the penalty was upheld, the transfers were made almost twice as long before the application was made (in Burke the transfer had nearly aged out of the five year look-back period).  Even more amazing is the fact that beyond an age of 86 and a diagnosis of diabetes, no reference is made to any inkling of a future need for care in the Burke case!  Nonetheless, the Courts have to rule based on what the parties can prove, and in Burke, the proof of exclusive alternate purpose was simply not found.

So to me, the burning question is this:  Why chance it?  Why simply transfer assets to family members and cross your fingers hoping it all works out?  Isn’t it a better option to do the type of planning that keeps your family out of the courtroom in the first place?

At Jeffrey P. Reisner, Esq., that’s exactly what we do.  We’ve devoted our practice to helping people properly and proactively plan so they can live their lives and protect their legacies to the fullest!  Call us at (315) 422-6666 in the Syracuse/Central New York region.

Remember, at Jeffrey P. Reisner, Esq., its all about your life, your legacy, and your peace of mind.